Van Osch finished 1-2 in the 16 team Driving Force Abbotsford Cashspiel qualifying round, held November 24 - 26, 2017 at the Abbotsford Curling Club in Abbotsford, Canada. In their opening game, Van Osch lost 9-5 to Sarah Daniels (Delta, BC), droppimg another game, 6-5 to Shiela Cowan (Cloverdale, BC) where Van Osch responded with a 6-5 win over Karla Thompson (Kamloops, BC) in their final qualifying round match. 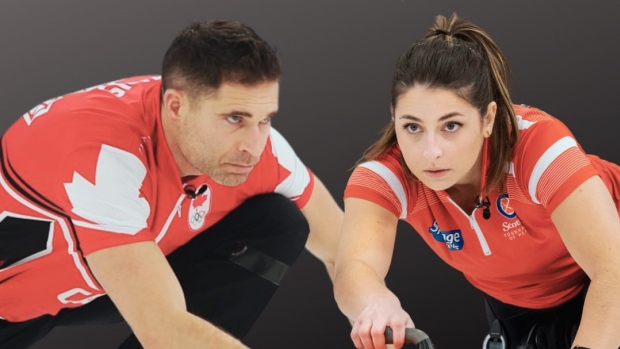 Birchard/Morris conclude round robin at 3-1

The new Canadian mixed doubles pair will have to wait to see where they land in the playoff picture (Photo: Team Birchard/Morris).