Schori finished 5-2 in the 30 team Boundary Ford Curling Classic qualifying round, held November 22 - 25, 2019 at the Lloydminster Curling Club in Lloydminster, Canada. In their opening game, Schori defeated Chenyi Wang (Beijing, CHN) 8-6, then won 11-2 against Meini Wang (Changchun, CHN) and 8-7 against Sherry Anderson (Saskatoon, SK) to advance to a A-Qualifier game where they lost 9-2 against Penny Barker (Moose Jaw, SK). Schori responded with a 6-5 win over Un-Chi Gim (Gyeonggi-do, KOR) to advance to a B-Qualifier game where they lost 7-5 against Jennifer Clark-Rouire (Miami, MB) to drop into a C-Qualifier game where they responded with a 9-3 win over Tana Martin (Sherwood Park, AB) to advance to the playoff round. in their final qualifying round match.

Schori earned 15.770 world rankings points for their Top 5 finish in the Boundary Ford Curling Classic. Schori move up 1 spots after posting a net gain of 10.35 points improving upon their best 6 results so far this season, ranking 32nd overall with 167.094 total points on the World Ranking Standings. Schori ranks 20th overall on the Year-to-Date rankings with 120.592 points earned so far this season. 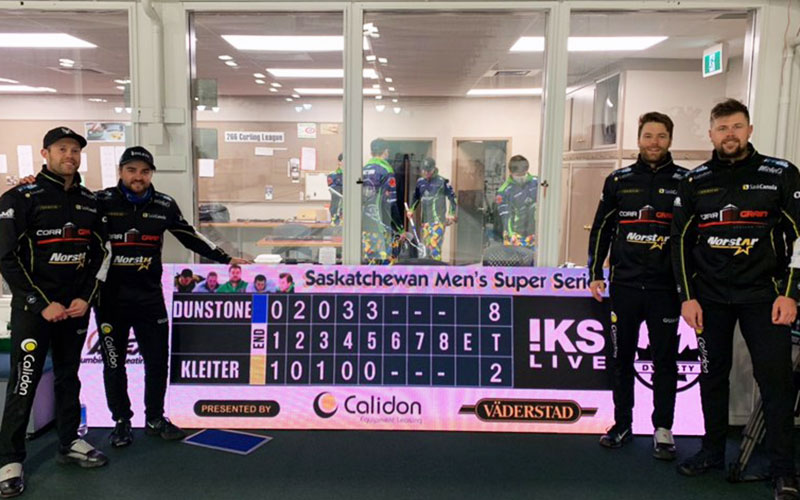 Taking the route of maximum coverage, Matt Dunstone won two on Sunday, including an 8-2 win over Rylan Kleiter in the Vaderstad Saskatchewan Super Series Final.