For winning the The Good Times Bonspiel Championship title, Lautner earned 16.483 world rankings points along with the $1,000CDN first prize cheque, moving up 23 spots the World Ranking Standings into 69th place overall with 53.402 total points. Lautner ranks 44th overall on the Year-to-Date rankings with 16.483 points earned so far this season. 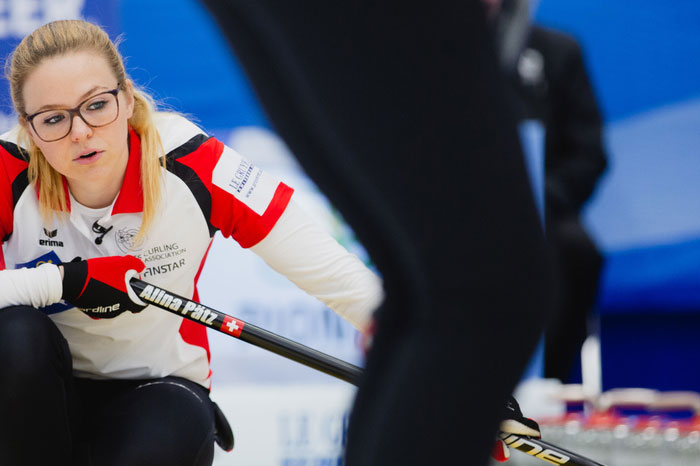 Europe Closing in on Back to Back Cup Titles

LONDON, Ontario - It's not as simple as one plus one equals two, but the math is on Team Europe's side at the OK Tire & BKT Tires Continental Cup, presented by Service Experts Heating, Air Conditioning and Plumbing (Photo: Celine Stucki / WCF).